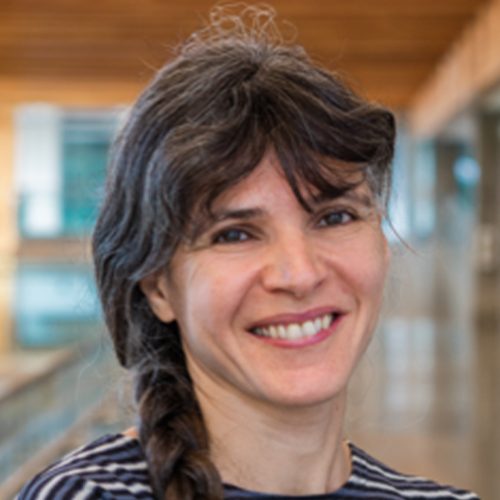 Amyloid fibrils are stable ordered aggregates of misfolded protein segments that deposit in the brain and have been correlated with various diseases, including Alzheimer’s and other forms of dementia. These polypeptide chains unfold from their original helical secondary structure, aggregate, and misfold into a supramolecular fibril with b-pleated sheet secondary structure. The mechanism of unfolding and misfolding is unknown and is hindered by insufficient computational tools. Concentrating on Ab42, a prominent polypeptide chain found in these deposits, we develop techniques to predict the mechanism of misfolding, relying on data-mining algorithms to reveal trends in amyloidal proteins.

Alginate is a natural biopolyelectrolyte that undergoes spontaneous physical gelation in the presence of cationic species. Its ability to complex with metal cations has been garnered towards controlled liquid-to-gel transitions, used in the development of foodstuﬀ and pharma products as well as biomaterials, among others. The structure of alginates strongly depends on its chemical makeup and sequence. Its two regioisomer building blocks – guluronic acid and mannuronic acid – determine its rigidity and miscibility. In collaboration with the Biopolymer Institute at UBC, we study the molecular structure-function relationship of alginates and other biomacromolecules.

Anion exchange membrane (AEM) fuel cells have received much attention as they use non-precious metal catalysts, dramatically reducing the cost of fuel cell devices. However, both the conductivity and stability of the AEMs is critically influenced by its behavior near the cathode, where water is consumed. In collaboration with Prof. Dario Dekel, we consider molecular models of AEMs under low hydration conditions. We uncovered a new water-hydroxide complex that redefines current understanding of hydroxide diffusivity under extremely low hydration and explains the low anion conductivity near the cathode.